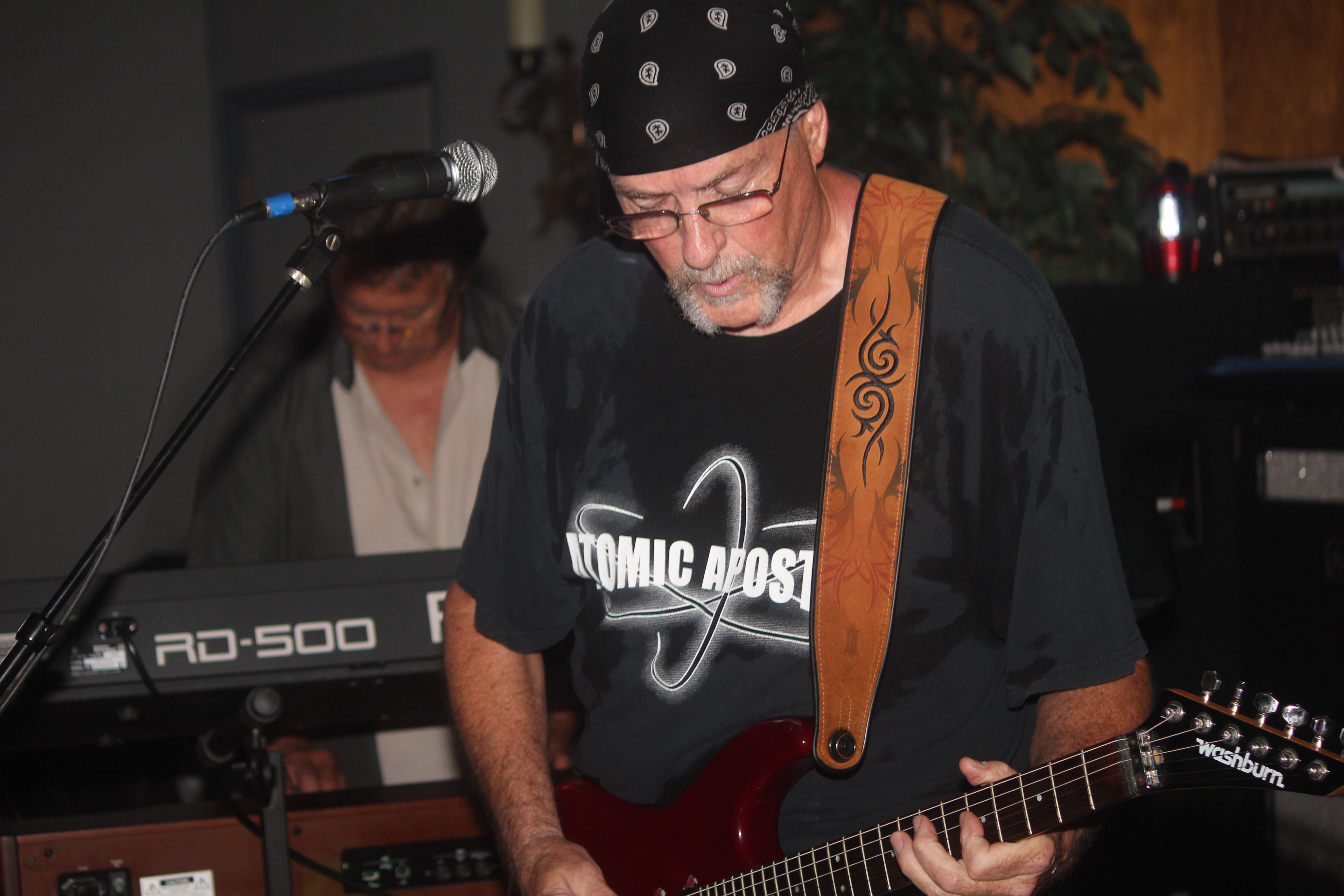 As one of the founding members Joe’s contribution to the band is highly regarded. A large part of Atomic Apostle’s sound can be attributed to Joe through his guitar work, arranging, writing and singing. His intricate playing weaves in and out of the keys and his leads stand on their own. Joe started playing at age 10 when he first heard The Beatles “She Loves You”. Through the years he turned to Frank Zappa and The Mothers of Invention and everything about music changed. Joe has played on many stages throughout the US and Canada and has brought all of his life and musical experiences to Atomic Apostle.
Joe was born in Michigan and raised in Detroit and has been a Texan for 30+ years. Joe is married to Jennifer the love of his life and best friend. He is active in his church and is on staff as the Director of Sound.